For their Senior Project, the Class of 2008 continued the dodgeball tradition, and added a tournament in cornhole. (For those unfamiliar with the game, cornhole is a beanbag toss game of skill which is very popular in this area.) The number of dodgeball teams was down from previous years, with 12 teams participating. Cornhole teams picked up the slack, with a total of 28 entries. The winner of the dodgeball tournament was a team of high school boys, and included Tyler Bender, Ryan Conway, Clay Edmondson, Jordan Hicks, Andy Reidenbach, and Brock Van Horn. Winners of the cornhole tournament were two gentlemen whose names have been lost to posterity. The weather cooperated throughout the day, with sunny skies and temperatures in the low 70's. Many of the participants and spectators brought food for the Helping Hand food pantry, which was greatly appreciated. When all the numbers were counted, the Class of 2008 raised $1,654 with their Senior Project. 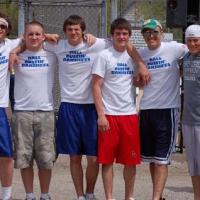 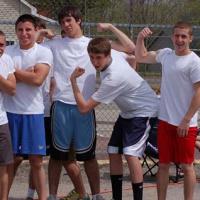 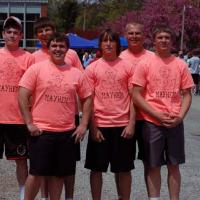 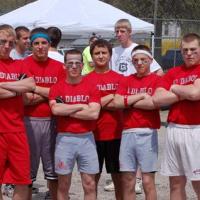 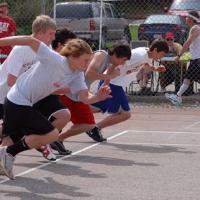 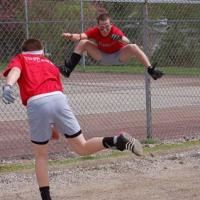 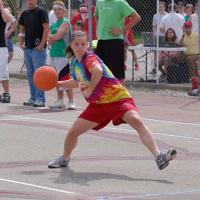 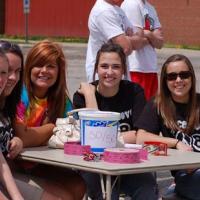 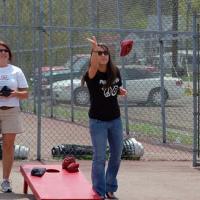 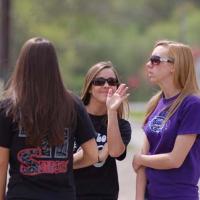 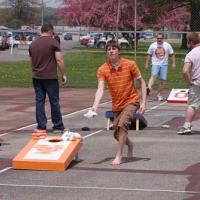 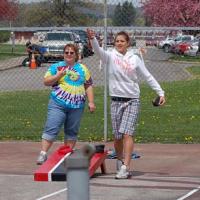 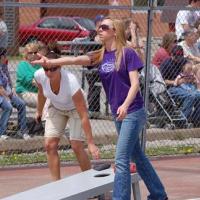 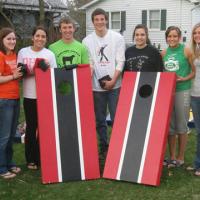 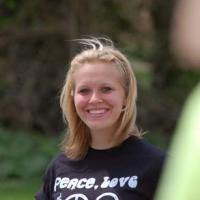